Whenuanui is 376 hectares stretching from its narrow road frontage on State Highway 16, west to its boundary on Woodhill Forest.

Originally 275 hectares, Richard and Dianne have incrementally increased the farm by almost 50% taking opportunities over the years to purchase neighbouring and adjoining farm land. These purchases were made in 1988, 1994, 2000 and 2005. In addition, up to 2000 acres of Woodhill Forest is annually leased and run with the farm where Angus breeding cows are grazed over the winter months.

Whenuanui runs 4820 stock units on its flat to easy rolling country in the Kaipara River Valley.  Annual rainfall is between 1000 - 1200mm.

All pockets of native bush, wetland and streams and drains have been fenced off from stock, and the regeneration of the native bush in the various blocks is truly impressive. This has given rise to a continual increase in the number of native birds we observe on the farm.

Perennial rye grass and clover form the basis of the pasture, although in recent years a developed form of cocksfoot has been sown to try and counter the increasing long dry summers farmers are experiencing. Crops of pasja and rape are sown over the summer months to assist in the growth of the lambs.

The farm is fully developed with a strong infrastructure, which includes 100 paddocks, all fully fenced with a year round water supply and a central race system through the farm.

A four stand woolshed, originally built in 1950, has been modernized and expanded over the years and two sets of sheep yards and a set of cattle yards make stock handling safe and efficient.

Whenuanui is fortunate to have excellent spring fed streams that flow all year around.  The waterways are completely fenced to ensure no stock can access these.  Three pumps provide water to the four houses on the farm and stock water troughs in every paddock.

Whenuanui runs 280 Angus cows and 1300 Coopworth ewes (and an additional 300 hoggets). Suffolk rams are put across half the breeding ewes to produce early season prime lambs. Additional lambs may be bought in and fattened in the autumn / winter (depending on the season and amount of natural grass feed). Angus steers and lambs are generally bred, fattened and finished on the farm. The other 500 ewes go to the Coopworth rams to produce replacement ewes.

The adjacent Woodhill Forest is used to provide additional feed in winter when grass growth is slower. This helps to maintain higher stocking rates and takes the cows off the farm for 2 - 3 months over calving.  Stock are predominantly grass fed year round. Supplementary feed in winter is hay and maize silage. Sufficient hay is made on the farm by shutting up paddocks in spring and baling during the summer (normally December - January). About 2000 bales of hay are made each year.

Maize silage is made in the spring and can either be fed out in the autumn if feed is in short supply, or in the late winter to give the cows a boost during and after their grazing in the forest.

As the Auckland region is warmer, wool is not as fine as that produced in the colder climes of the South Island where the well known and very fine Merino wool comes from. Coarser wool such as that from the Coopworths is usually sold for carpets and rugs. The market for strong wool has been depressed for many years, although with fewer sheep farmed in NZ now, there has been a lift in course wool prices in the last 5 years.

In the period from 1993 to 1995, significant planting of Pinus Radiata on Whenuanui was done on areas prone to erosion, with the view to providing longer term income (25-28 years) from timber. In total there are 40 acres in pines. These young pines were pruned and thinned as they grew to ensure that top quality timber would be the end product. It is anticipated that they will be harvested around 2020-2022. The forestry blocks are incorporated in the grazing programme for the stock, with beef cattle keeping the undergrowth at bay, thus minimizing any potential fire risk.

High producing bee hives have been hosted on Whenuanui Farm for at least 12 - 15 years.

Whenuanui is a well developed and respected prime New Zealand sheep and beef farm. It is highly productive and reknown for its best practice farming techniques and quality livestock. Richard is a well regarded New Zealand farmer and the farm is a show case for New Zealand sheep and beef on Auckland's doorstep.  Dianne has worked voluntarily in the local community making a significant contribution to health which was recognised with her appointment as a Member of The New Zealand Order of Merit (MNZM) in the 2016 Queen's Birthday Honours.  Her off farm employment & career in the education & finance sectors has lead to a number of Directorships including the Boards in NZ tertiary education, a Cooperative and  a State Owned Enterprise.  David Kidd is the General Manager taking responsibility for coordinating the efficient operations of the 3 farm entities - Whenuanui Farm, Shelly Beach Farm and their adjacent Dairy Farm.  This provides some synergies for managing resources of both machinery and labour during peak periods of seasonal activities.  In 2019 Josh Jackson was appointed as 2 IC at Whenuanui Farm and Sam Williams as Farm Hand at Shelly Beach Farm.  Sharing and building farm knowledge and experience across the farm teams is proving to be valuable.  Josh & Sarah Jackson live on Whenuanui Farm with their young daughter Aubrey. 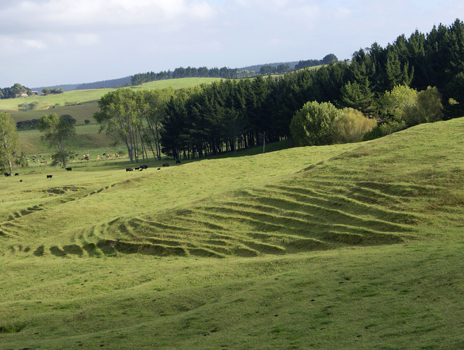 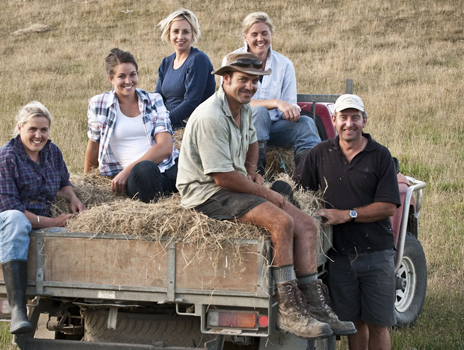 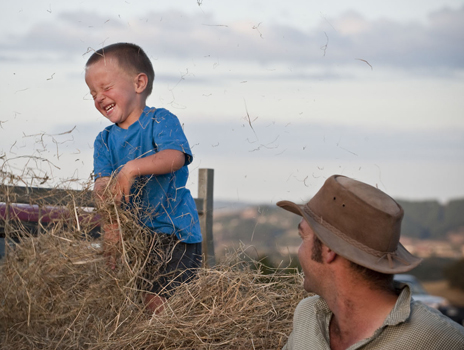 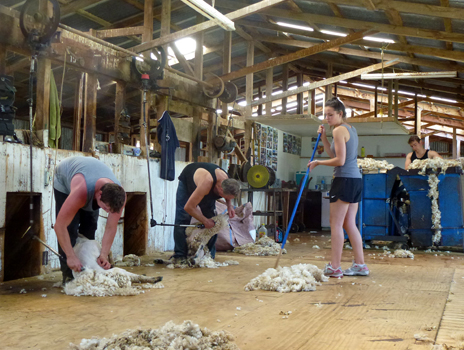 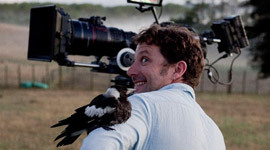 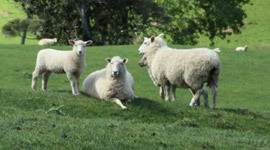 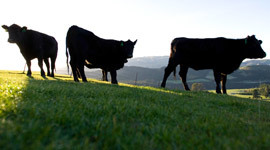